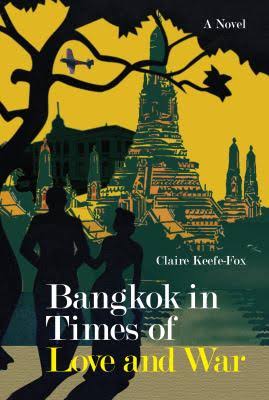 Bangkok in Times of Love and War

3 in stock (can be backordered)

1941. War is raging in Europe and now sweeps through Southeast Asia. In Bangkok, Kate Fallon, an American nurse, who came to Thailand to leave her past of poverty and a broken heart behind, and Lawrence Gallet, a wealthy English journalist, are trapped in the chaos of conflict, believing their love can overcome their differences before being torn apart. Lawrence fleas to China to escape the advancing Japanese army, while the net closes slowly around Kate, who has remained behind, increasingly threatened and forced to hide her identity. A sweeping saga moving from a Thailand uneasily poised between Japan and the west to the ravaged battlegrounds of Burma and India, from the charity ward of the Bangkok hospital to bombed airfields, from the Thai domestic resistance movement to the deadly jungles of the Arakan, Bangkok in Times of Love and War is the story of life and death, passion, loyalty and loss, and of a man and a woman caught up in the upheaval of history. ISBN: 9786164510418

You're viewing: Bangkok in Times of Love and War RM65.00
Add to basket
Shopping Cart
There are no products in the cart!
Continue Shopping
Free shipping for billing over RM99.00
0%