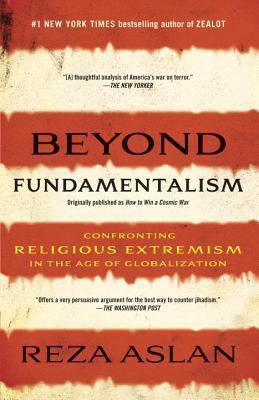 Beyond Fundamentalism: Confronting Religious Extremism in the Age of Globalization

The wars in the Middle East have become religious wars in which God is believed to be directly engaged on behalf of one side against the other. The hijackers who attacked America on September 11, 2001, thought they were fighting in the name of God. According to award-winning writer and scholar of religions Reza Aslan, the United States, by infusing the War on Terror with its own religiously polarizing rhetoric, is fighting a similar warâa war that canât be won.Â

Beyond Fundamentalism is both an in-depth study of the ideology fueling al-Qaâida, the Taliban, and like-minded militants throughout the Muslim world and an exploration of religious violence in Judaism, Christianity, and Islam. At a time when religion and politics increasingly share the same vocabulary and function in the same sphere, Aslan writes that we must strip the conflicts of our world of their religious connotations and address the earthly grievances that always lie at its root.

How do you win a religious war? By refusing to fight in one.

Originally published as How to Win a Cosmic War