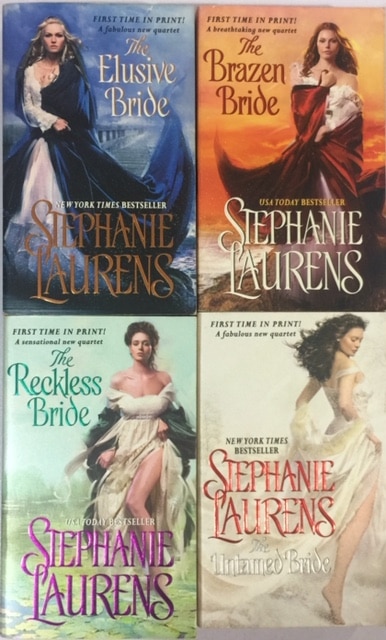 They're battle-hardened, sinfully wealthy, completely unstoppable --- and all male: Four officers of the Crown, fighting against a deadly foe known only as the Black Cobra.

The Untamed Bride
He is a man who has faced peril without flinching, determined to fight for king and country. She is a bold, beautiful woman with a scandalous past, destined to become an untamed bride. Together they must vanquish the ruthless enemy, while confronting the dangers of the heart...

The Elusive Bride
He's focused on his mission, then sees a lady he never dreamed he'd see again—with an assassin on her heels.
She secretly followed him, unaware her path is deadly—or that she'll join him to battle a treacherous foe. Through ever-present peril, through passion, desire, and ecstasy, they race to reach England—and their destiny.

The Brazen Bride
Logan Monteith's mission got off to a shaky start. Wounded in battle, he jumped from his ship rather than risk losing evidence that would bring down a traitor. But as he recuperates in a tiny village, his luck takes a roundabout turn as his fascination with his rescuer, the beautiful Linnet Trevission, grows.

Linnet's strength and wisdom have made her a respected leader at home. That's why she knows she'll be invaluable to Logan - if only he'll let her in. Linnet has no doubt that Logan is the man for her. Her only battle now is in convincing him that the connection they feel is real and everlasting and that her offer of help can save him - before it's too late.

The Reckless Bride
He races to complete their mission against escalating odds -- his task made more perilous when he loses his heart.
She's determined to defy convention and live a solitary life -- until she tastes the reckless pleasure found only in his arms.
Drawn together by fate, united by fiery passion, they pursue their shared destiny...one they'll live to see only if they unmask the Black Cobra. 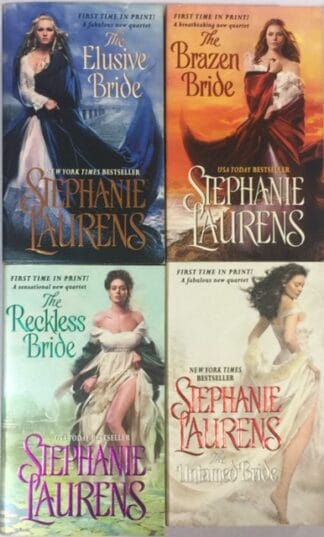 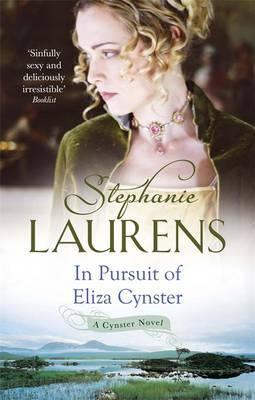