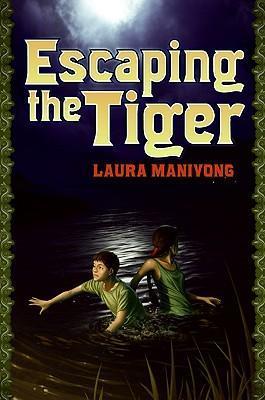 Caught in the crossroads of history, can a boy keep his hope--and his sister--alive?

Vonlai knows that soldiers who guard the Mekong River shoot at anything that moves, but in oppressive Communist Laos, there's nothing left for him, his spirited sister, Dalah, and his desperate parents. Their only hope is a refugee camp in Thailand - on the other side of the river.

When they reach the camp, their struggles are far from over. Na Pho is a forgotten place where life consists of squalid huts, stifling heat, and rationed food. Still, Vonlai tries to carry on as if everything is normal. He pays attention in school, a dusty barrack overcrowded with kids too hungry to learn. And, to forget his empty stomach, he plays soccer in a field full of rocks. But when someone inside the camp threatens his family, Vonlai calls on a forbidden skill to protect their future - a future he's sure is full of promise, if only they can make it out of Na Pho alive.

In her compelling debut, Laura Manivong has written an evocative story that is vividly real, strongly affecting, and, at its heart, about hope that resonates in even the darkest moments.

You're viewing: Escaping the Tiger  RM15.92
Add to basket
Shopping Cart
There are no products in the cart!
Continue Shopping
Free shipping for billing over RM99.00
0%