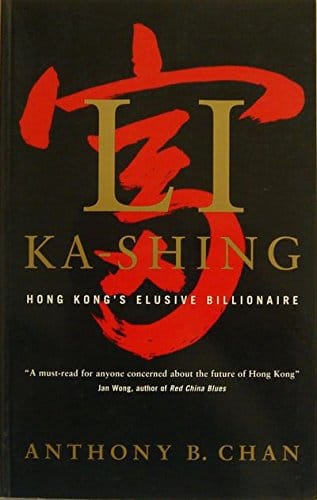 This is the biography of billionaire Li Ka-shing, the ultimate Hong Kong rags-to-riches success story. The book follows his life from his poor family's flight from the Japanese to Hong Kong in 1940, to his famous takeover of the British hong Hutchison Whampoa in 1979, and expansion of his business empire to become one of the ten richest people in the world. Mr Li entered business as a teenager, selling plastic goods, until at twenty-two, he started his own plastics company, Cheung Kong, specializing in plastic flowers. He entered the real estate market in the 1960s, and, by 1979, only the colonial government owned more real estate in Hong Kong than Mr Li. He eventually built a conglomerate encompassing Canada, Britain, parts of the US, and South America, extending into media, hotels, shipping, oil, and grocery stores. ISBN:9780195900767