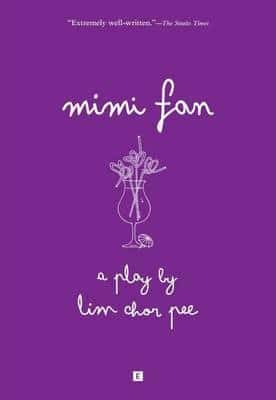 The swinging 1960s. A nightclub in Singapore. A one night stand that turns into true love. Or not?

In Mimi Fan, Singapore playwright Lim Chor Pee weaves together a haunting tale about love, escapism and broken hearts searching for healing. Through the story of a teenage bar girl, Mimi Fan, whose destiny clashes with Chan Fei-Loong, an English-educated overseas Singaporean who has returned home to work, Lim brings to the fore some undeniable and searing truths: true love requires courage, it can be painful, and it can haunt you, despite your best efforts to ignore it.

Mimi Fan was written and first staged by the Experimental Theatre Club in 1962, and is considered Singaporeâs first English-language play written by a local. It was restaged by Theatreworks in 1990.

"A classic. [Mimi Fan] is a confident character study featuring two young women who chose their own paths in an era where women were still expected to find fulfillment through marriageâ
âCorrie Tan, The Straits Times

âA revelation...The late playwright Lim Chor Pee weaves a taut, confident drama around the two women and returning overseas student Chan Fei-Loong, an idealistic intellectual who feels emasculated in the insular and increasingly materialistic Singapore of the 1960sâ¦ Lim's maiden play is so assured that one feels a sense of regret that he stopped writing.â âClarissa Oon, ï»¿The Straits Times

âThe dialogue is vibrant and meaningful and is spliced with an easy and distinctive Malayan humour.â âVictor Doggett, The Straits Times