Think of Saudi Arabia and what do you see? Terrorists spreading fear? Religious zealots? A corrupt government and a fabulously wealthy royal family living lives of unbelievably luxury?

Jean Sasson captures the flavour and reality of life in a country of extremes and contradictions. Princess 'Sultana', a real Saudi princess closely related to the King, lives those contradictions, with priceless jewels, many servants, unlimited funds at her disposal, but no freedom. A prisoner in a gilded cage with no vote, no control, no value, but as a mother of sons, she is totally at the mercy if the men in her life... her father, her brother, her husband.

For the first time, a royal Saudi woman opens the door to give readers an unvarnished look inside a closed society. 'Sultana' lifts the veil on the shocking world of forced marriages, sex slavery, honour killings and other outrages against women, both royal and common.

Princess is a testimony to a woman of indomitable spirit and great courage. By speaking out, 'Sultana' risks the wrath of the Saudi establishment and for this reason, she has told her story to Jean Sasson. This is a real-life story you will never forget. ISBN:9780553816952 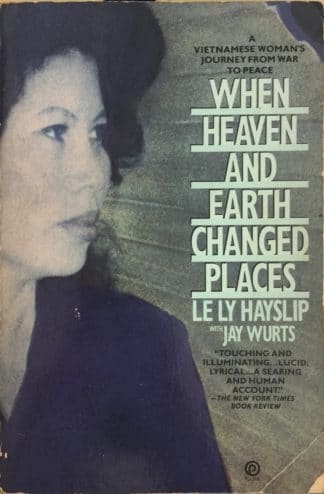 When Heaven and Earth Changed Places: A Vietnamese Woman's Journey from War to Peace RM13.90