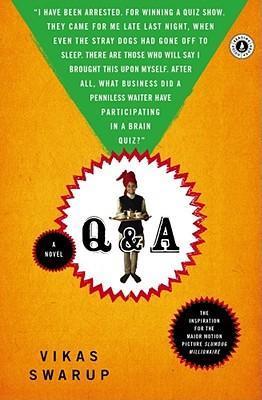 Ram Mohammad Thomas has been arrested. Because how can a poor orphan who has never read a newspaper or gone to school correctly answer all twelve questions on the television game show Who Will Win a Billion?âunless he has created?

As the story unfolds, Ram explains to his lawyer how he knew the answer to each question by telling a chapter of his amazing lifeâfrom the day he was salvaged from a dustbin to his meeting with a security-crazed Australian army colonel while performing as an overly creative tour guide at the Taj Mahal. Stunning a television audience of millions, Ram draws on a store of street wisdom and accidental encounters that provides him with essential keys not only to the quiz show but also to life itself.

In a beguilling blend of high comedy and poignancy, Vikas Swarup has created a kaleidoscopic vision of the struggle of good against against evil, and what happens when one boy has no other choice in life but to survive.