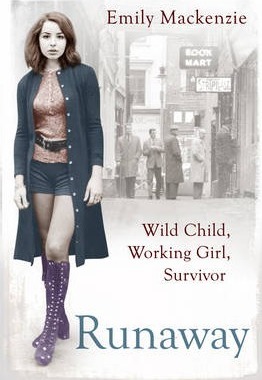 Adopted at birth in 1956, Emily enjoyed a golden childhood, attending private schools and going to dancing lessons. Things changed when Emily was seven years old and her mother turned on her, suddenly viewing her daughter as a rival. She became addicted to beating her and encouraged her new husband, a narcissistic bully, to use his rhino-whip on her. By the time Emily was twelve, he was sexually abusing her.

Emily found her way into the care system, where she was vulnerable to the worst excesses of male violence. She ran away to London and was drawn into life as an underage prostitute, servicing perverted clients. It was only when she was almost murdered that she turned her life around.

Set principally between 1966 and 1972, Runaway is a shocking book that brilliantly captures the sleazy Soho of the period, and exposes the frightening conditions in which many children were kept in care. ISBN:9781471115257

You're viewing: Runaway RM15.90
Add to basket
Shopping Cart
There are no products in the cart!
Subtotal
RM0.00
Total
RM0.00
Cart
Checkout
Continue Shopping
Free shipping for billing over RM99.00
0%