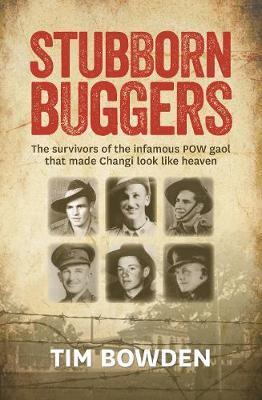 There was a place far worse than Changi - this is the little known story of Singapore's Outram Road and the POWs who endured it.

There was a place far worse than Changi - Singapore's Outram Road Gaol. For the POWs who endured it, deprivation here was so extreme that there really was a fate worse than death.

Stubborn Buggers is the little known story of twelve Australian POWs who fought and survived the action in Malaya before the fall of Singapore and endured captivity and slave labour, then the unimaginable hardships of Outram Road Gaol. It is a story of how they dealt with the brutality of the Japanese military police, the feared Kempeitai. And it is the story of how they found a way to go on living even when facing a future of no hope and slow death.

But Stubborn Buggers is about more than suffering and brutality. It is also a story of grit, determination and larrikin humour. It is very much about the triumph of the human spirit. ISBN:9781743314425