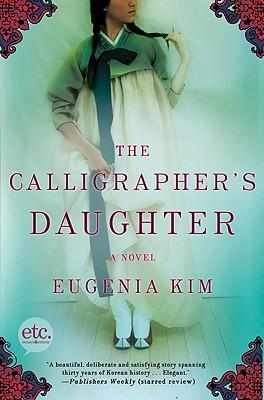 In early-twentieth-century Korea, Najin Han, the privileged daughter of a calligrapher, longs to choose her own destiny, though her country--newly occupied by Japan--is crumbling, and her family, led by her stern father, is facing difficulties that seem insurmountable. Narrowly escaping an arranged marriage, Najin takes up a new role as a companion to a young princess. But the king is soon assassinated, and the centuries-old dynastic culture comes to its end.

Najin pursues a coveted education and is surprised to find love. After one day of marriage a denied passport separates her from her new husband, who continues alone to America. As a decade passes and the world descends into war, Najin loses touch with her husband. Will the love they share be enough to sustain her through the deprivation her country continues to endure? The Calligrapher's Daughter is a richly drawn novel about a nation torn between ancient customs and modern possibilities.

You're viewing: The Calligrapher’s Daughter RM14.90
Add to basket
Free shipping for billing over RM99.00
0%