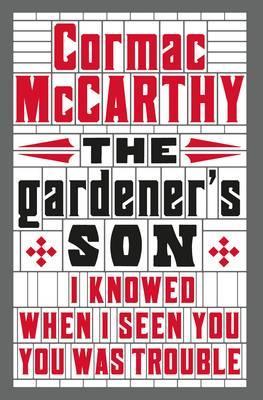 The Gardener’s Son by: Cormac McCarthy

The original screenplay, The Gardener's Son, is the tale of two families: the wealthy Greggs, who own the local cotton mill, and the McEvoys, a family of mill workers beset by misfortune. Two years ago, Robert McEvoy was involved in an accident that led to the amputation of his leg. Consumed by bitterness and anger, he quit his job at the mill and fled. Now, news of his mother's terminal illness brings Robert home. What he finds on his return stokes the slow burning rage he carries within him, a fury that ultimately consumes both the McEvoys and the Greggs. This taut, riveting drama was Cormac McCarthy's first written screenplay. Directed by Richard Pearce, it was produced as a two-hour film in 1976 and received two Emmy Award nominations. This is the first UK publication of the film script in book form. show more