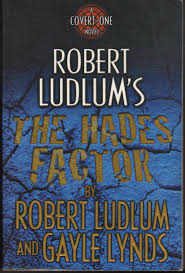 A homeless man in Boston, an Army Major in California, and a teenage girl in Atlanta all die suddenly and painfully--each a victim of an unknown doomsday virus. For three days, a team of scientists is a U.S. government laboratory has been frantically trying to unlock the virus's secrets. When the leading researcher from that lab, Lt. Col. Jonathan Smith, returns from overseas, he barely survives a series of well-orchestrated attempts made on his life. By the time Smith eludes his pursuers and makes it home, he discovers that the virus has claimed its fourth victim, Dr. Sophia Russell--Smith's fiancee. Devastated and enraged, Smith quickly uncovers evidence that his lover's death was no accident--that someone out there has the virus, and the pandemic that threatens hundreds of millions of lives is no accident. But wherever he turns, Smith finds that some unseen force has blocked his quest for information.

Not knowing whom to trust, Smith assembles a private team to search for the truth behind the deadly virus. While the death toll mounts, their quest leads to the highest levels of power and the darkest corners of the earth, as they match wits with a determined genius--and as the fate of the world lies in the balance.