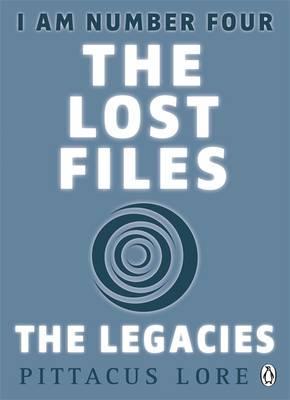 The Lost Files: The Legacies

Six's Legacy:
Number Sixâwhen John meets her in I Am Number Four sheâs strong, powerful, and ready to fight. But who is she? Where has she been living? How has she been training? When did she develop her legacies? And how does she know so much about the Mogadorians?

In I Am Number Four: The Lost Files: Sixâs Legacy, discover the story behind Six. Before Paradise, Ohio, before John Smith, Six was traveling through West Texas with her CÃpan, Katarina. What happened there would change Six foreverâ¦.

Nine's Legacy:
Number Nineâwhen John frees him from his cell in the power of six, heâs ferocious, reckless, and ready to fight back. But being held captive changes a personâeven a Lorien. See what Nine was like before his capture, and read about his dramatic escape from his point of view.

In I Am Number Four: The Lost Files: Nineâs Legacy, discover the story behind Nine. Before meeting John Smith, aka Number Four, before being held prisoner, Nine was hunting down Mogadorians in Chicago with his CÃpan, Sandor. What happened there would change Nine forever...

The Fallen Legacies:
Before Number Four, there were One, Two, and Three. Until now we've only known that the Mogadorians caught Number One in Malaysia. Number Two in England. And Number Three in Kenya. But all of that is about to change. . . .

In i am number four: the lost files: the fallen legacies, you'll learn the true story behind these ill-fated members of the Garde. Before they were murdered by the Mogadorians, before Number Four was next, they were all just kids on an alien planet called Earthâdiscovering their powers, trying to stay hidden, and running for their lives. ISBN:9781405912624

You're viewing: The Lost Files: The Legacies RM16.90
Add to basket
Shopping Cart
There are no products in the cart!
Subtotal
RM0.00
Total
RM0.00
Cart
Checkout
Continue Shopping
Free shipping for billing over RM99.00
0%