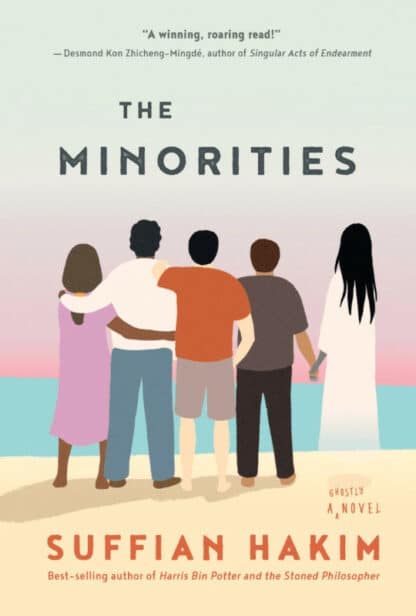 1 in stock (can be backordered)

This book is available on pre-order. The book will arrive 2 weeks after you placed your order. Meet the four misfits living in one HDB flat. One is a Malay–Jew who is trying to get his father to come back as a ghost. Cantona is a promising Bangladeshi artist on the run from a construction company. Tights is a Chinese illegal immigrant with a Forrest Gump obsession. And Shanti is a gifted Indian lab technician hiding from her abusive husband. When a forlorn pontianak begins haunting them, the four friends find themselves embroiled in a surreal showdown that may just upend the world, or at least Singapore. Written in Suffian Hakim's trademark humour, The Minorities is a novel about those living on the edges of society and their soulful bond. Advance Praise Suffian "brings his brand of salt-of-the-earth humour and wordplay" to The Minorities. —The Straits Times

"Undoubtedly one of the most whimsical, creative and unpretentious young voices in Singapore literature." —The Straits Times

“Buckle up for a joyful, wild ride in Suffian Hakim’s inimitable terrain of transmigrating pontianaks, telekinetic apparitions and guided group therapy for supernatural beings with issues. You’ll hate yourself for flipping to the last page too quickly.” —Sebastian Sim, author of Let’s Give it Up for Gimme Lao! and The Riot Act

“This is the second novel from the author of the virally successful Hogwarts parody Harris Bin Potter and the Stoned Philosopher, and it’s a blast: a warm-hearted thriller featuring a half-Malay Muslim half-Jewish Chinese inventor, a Singaporean Indian scientist-cum-domestic-abuse survivor, a Bangladeshi artist-cum-runaway construction worker, and a mainland Chinese superhero wannabe with special needs...oh, and a pontianak, all living together in an HDB flat, chasing dreams and eating waffles and eluding the forces that are out to get them. Like its predecessor, it’s an action-packed spec fic comedy road trip bildungsroman, but it’s got these fascinating political implications: the notion of home and Singapore is configured as a found family of classless refugees, regardless of citizenship and hygiene, both supranational and supernatural. No one else here is writing quite like this.” —Ng Yi-Sheng, Singapore Literature Prize-winning poet, playwright, journalist, activist and author of Lion City

About the Author Suffian Hakim is a writer of fantastical, whimsical, wacky books. His first was a parody, Harris bin Potter and the Stoned Philosopher, whose initial chapter was published online in 2013 before going viral. The Straits Times calls Suffian “undoubtedly one of the most whimsical, creative and unpretentious young voices in Singapore literature”. He was previously a regional content lead at media agency GroupM and had written for television shows such as Random Island and The Noose, and publications Esquire and August Man. 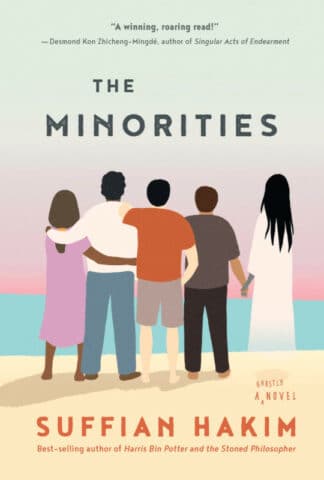 You're viewing: The Minorities RM69.90
Add to basket
Free shipping for billing over RM99.00
0%