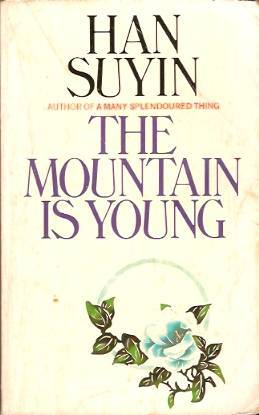 The Mountain is Young

Khatmandu, Nepal, land of the gods, land of snow peaks and temples, tigers and roses, palaces and ranas.

Khatmandu, where everyone is a god: men and beasts, stones and trees. Where the mountains are still yound - and ruthless.

The novel is based on Han Suyin's experiences as an invited attendee of the coronation of the King of Nepal, an event which is described in the novel. In the preface Han Suyin writes that the book, while being a work of fiction, endeavors to give as exact as picture as is possible of the time. The school at which Anne Ford teaches, many other institutions and places referenced in the book, and of all the named characters, are invented.

The Mountain is Young is written in the confessional style and is considered to reflect autobiographical details of the author's personal life, specifically the difficult ending of her second marriage with British officer Leonard Comber, and her meeting of the Indian army colonel, Vincent Ruthnaswamy, who would become her third husband. ISBN:9780586038161

Frequently bought with The Mountain is Young