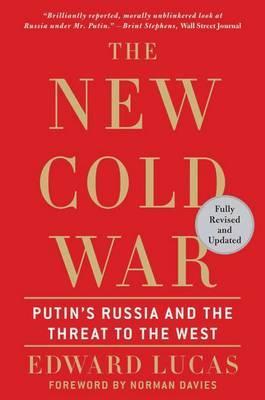 The New Cold War: Putin’s Russia and the Threat to the West

The first edition of The New Cold War was published to great critical acclaim and Edward Lucas has established himself as a top expert in the field, appearing on numerous programs, including Lou Dobbs, MSNBC, NBC Nightly News, CNN, and NPR.

In this new revised and updated edition, Lucas reveals:
-The truth about the corrupt elections that made Dmitri Medvedev President of Russia
-How, as prime minister, Vladimir Putin remains the de facto leader of Russia
-The Kremlin's real goals in waging war in Georgia;
-How the conflict might soon spill into other former Soviet republics.

Hard-hitting and powerful, The New Cold War is a sobering look at Russia's current aggression and what it means for the world.

You're viewing: The New Cold War: Putin’s Russia and the Threat to the West RM15.90
Add to basket
Free shipping for billing over RM99.00
0%