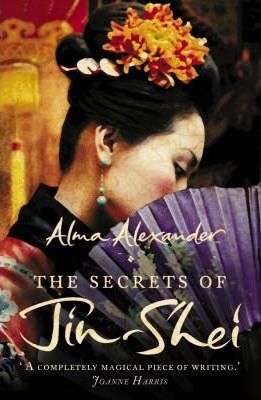 A sweeping epic set in medieval China; it is the story of a group of women, the Jin-Shei sisterhood, who form a uniquely powerful circle that transcends class and social custom. They are bound together by a declaration of loyalty that transcends all other vows, even those with the gods, by their own secret language, passed from mother to daughter, by the knowledge that some of them will have to pay the ultimate sacrifice to enable others to fulfil their destiny. The sisterhood we meet run from the Emperor's sister to the street-beggar, from the trainee warrior in the Emperor's Guard to the apprentice healer, from the artist to the traveller-girl, herself an illegitimate daughter of an emperor and seen as a threat to the throne. And as one of them becomes Dragon Empress, her determination to hold power against the sages of the temple, against the marauding forces from other kingdoms, drags the sisterhood into a dangerous world of court intrigue, plot and counterplot, and brings them into conflict with each other from which only the one who remains true to all the vows she made at the very beginning to the dying Princess Empress can rescue them. An amazing and unusual book, based on some historical fact, full of drama, adventure and conflict like a Shakespearean history play, it's a novel about kinship and a society of women, of mysticism, jealousy, fate, destiny, all set in the wonderful, swirling background of medieval China.