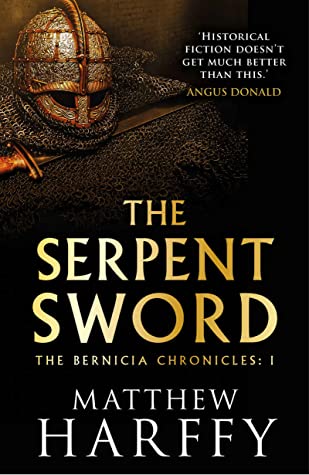 AD 633, Anglo-Saxon Britain: Beobrand is a young man with a shadowy past. As an outsider in the kingdom of Bernicia, he is compelled to join his brother, Octa, as a warrior in the household of King Edwin. He must learn to fight with sword and shield to defend the war-ravaged kingdoms of Northumbria. In a period of great upheaval for Dark Age Britain, all he finds is death and war. Men and women strive to seize control of their destinies in a time of despair, and the land is rife with danger as warlords vie for supremacy and dominion. Among the blood and the betrayals, Beobrand learns of his brother's near-certain murder. Inexperienced but ruthless, Beobrand must form his own allegiances and learn to fight as a warrior with sword and shield. Driven by a desire for vengeance and a relentless pursuit of his enemies, he faces challenges which transform him from a boy to a man who stands strong in the clamor and gore of the shieldwall. As he closes in on his kin's slayer, can Beobrand mete out the retribution he craves without sacrificing his honor . . . or even his soul? ISBN:9781786693105

You're viewing: The Serpent Sword RM21.90
Add to basket
Shopping Cart
There are no products in the cart!
Continue Shopping
Free shipping for billing over RM99.00
0%