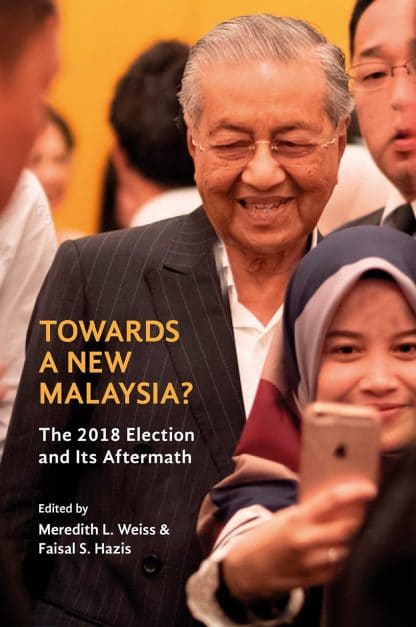 Towards a New Malaysia?: The 2018 Election and Its Aftermath

3 in stock (can be backordered)

Malaysia?s stunning 2018 election brought down a ruling party that had held power since independence in 1957, marking the first regime change in the country?s history. This book tells the full story of this historic election (officially called the 14th Malaysian General Election or GE14), combining a sharp analysis of the voting data with consideration of the key issues, campaign strategies, and mobilization efforts that played out during the election period. This analysis is then used to bring fresh ideas and perspectives to the core debates about Malaysian political ideas, identities and behaviors, debates that continue to shape the country?s destiny.

After the election, may Malaysians were optimistic about the possibility of a more representative, accountable, participatory, and equitable polity, but Meredith L. Weiss and Faisal S. Hazis do not see GE14 as a clear harbinger of full-on liberalization. While the political aftermath of the election continues to play out, the authors provide a clarion call for deeper, more critical, more comparative research on Malaysia?s politics. They upend commonly held beliefs about Malaysian politics and bring forward lesser-known theories, and they suggest agendas for empirically interesting, theoretically relevant further research. They also point to the broader insights Malaysia?s experience provides for the study of elections and political change in one-party dominant states around the world.

"Towards a New Malaysia is an outstanding volume filled with expert accounts of the 2018 election results and their causes. From multiple angles, the contributors guide the reader through an ongoing story that may, despite many obstacles, turn out to be a tale of profound political change."
- Donald Horowitz, author of Constitutional Change and Democracy in Indonesia (Cambridge, 2013)

"Through detailed reviews of an admirable breadth of issues that have shaped voting trends, this book provides thoughtful insights into one of the most astounding regime changes the world has seen. A valuable book that must be read to understand how people can bring down dominant parties and authoritarian leaders." Edmund Terence Gomez, University of Malaya

Meredith L. Weiss is Professor and Chair of Political Science in the Rockefeller College of Public Affairs and Policy at the University at Albany, State University of New York.

Faisal S. Hazis is the Election Commissioner of Malaysia.

You're viewing: Towards a New Malaysia?: The 2018 Election and Its Aftermath RM85.00
Add to cart
×
Item Added to your Cart!
Continue Shopping
Free shipping for billing over RM99.00
0%