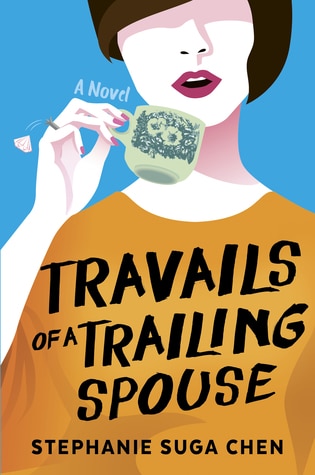 Travails of a Trailing Spouse

The adventure starts when Sarahâs husband, Jason, is offered a position at a university in Singapore. Sarah, a successful lawyer in the US, quits her job and the couple say their farewells, and, with their two children, fly off to a new country, a new condo, and a completely new life.

The country is easy enough to adapt to (though the prices of some things? Jaw-dropping!) and Sarah and Jason soon meet the other expats in the condo. Thereâs Carys, the teacher, and good-looking Ian; Ashley, who keeps her apartment freezingly air-conditioned, and Chad, her amiable husband; Sara, who, like Sarah and Jason, is Asian-American, and John, who travels often for work. The couples form a close-knit group, and their evenings are soon filled with poolside barbecues, Trivia Nights, dinners, drinks and more drinks.

But is it time to put the brakes on the craziness when Jason and Chad are arrested after a pub brawl? Why, with such a fantastic lifestyle, is Sarah starting to feel listless? When will Saraâs brave front finally crack? Whoâs that woman in the lift with Ian? And what secret is Carys keeping from her friends?

Not a simplistic novel of one-dimensional characters, Travails of a Trailing Spouse will strike a chord with anyone, expat or not, who has ever found life more interesting, complicated, frustrating and, ultimately, deliciously rich than could ever have been imagined. ISBN:9789814747547